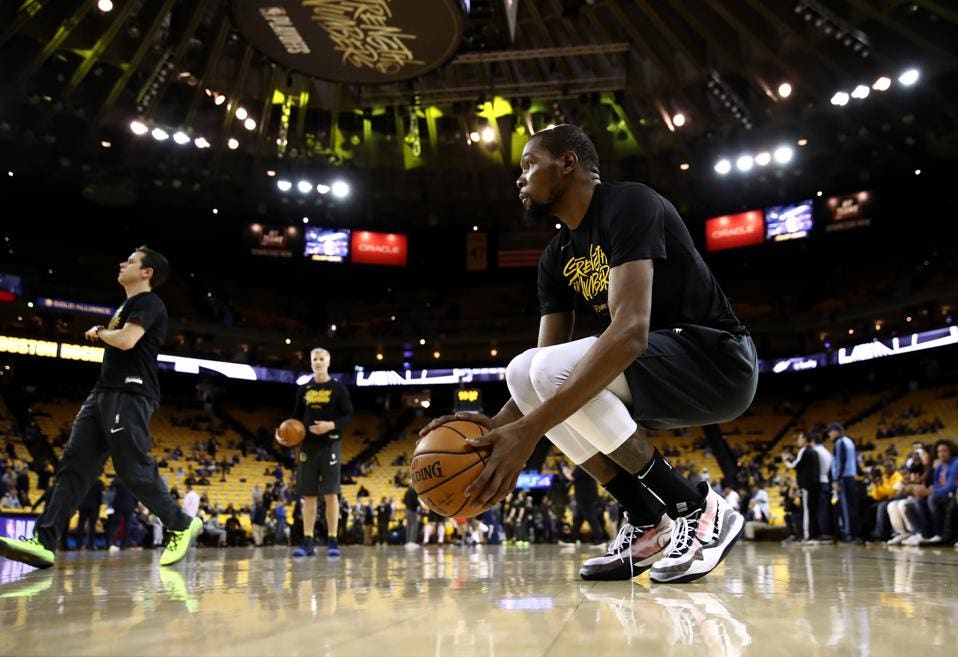 Kevin Durant’s return from injury would obviously be a huge difference-maker in these NBA Finals. Photo by Ezra Shaw/Getty Images

As we break down all the different lineup combinations and matchups leading up to Thursday’s Game 1 of the NBA Finals between the Golden State Warriors and Toronto Raptors, we should also consider the injured players we haven’t seen in a while who could potentially make an impact in the series. Here’s a brief look at the three most important injured players who could return and make a difference. 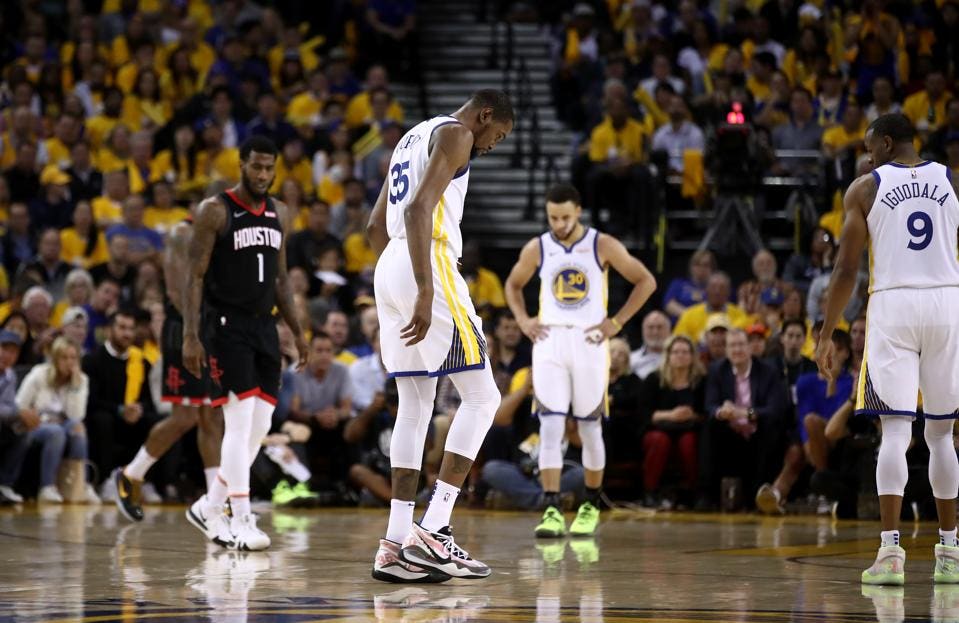 Durant walks off the court after injuring himself against the Houston Rockets during Game Five of the Western Conference Semifinals on May 8. Photo by Ezra Shaw/Getty Images

This is obviously the most impactful player who could come back and change the entire equation of this series. Durant hasn’t played since straining his calf in Game 5 of the Western semifinals, an injury that looked a lot worse than what it turned out to be.

In the games he played in, KD was easily the best player on the court. In Golden State’s six-game win over the Los Angeles Clippers in round one, Durant averaged 35 points, five rebounds and five assists and had to carry the team at times. He was similarly great against Houston, averaging 33.2, five and five before getting hurt. The Warriors were clearly ready for Durant’s absence and haven’t lost since.

A healthy Durant obviously makes Golden State’s offense all the more dangerous, if not a little stagnant and a departure from the free-flowing Splash Brothers offense we used to love and we saw during the Dubs’ sweep of Portland in the conference finals. Kawhi Leonard would likely guard KD to start, freeing up the other Warriors for driving and shooting opportunities.

Durant will miss Game 1, but the Warriors may not even need him. Will he even play for Golden State again? 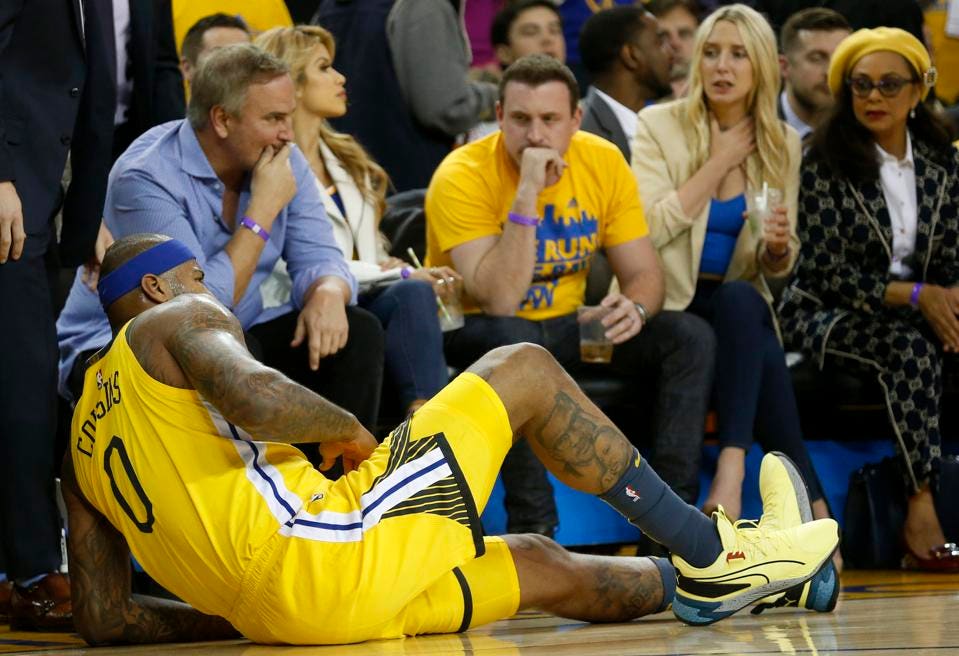 At this point, Cousins may be more likely than Durant to return this series, which is kinda crazy. He suffered a tear of his left quad in Game 2 against the Clippers, an injury that would end most players’ seasons. But Boogie has proven to be a fighter, albeit a mercurial, injury prone one.

Cousins tore his Achilles last season while with New Orleans and shocked the NBA world last July by signing a one-year deal with Golden State to try to compete for a championship and rehab his injury, his image and his stock for upcoming free agency. Cousins returned on Jan. 18, and he was able to average 16 points, eight rebounds and 3.6 assists in 30 games and got hurt in the first quarter of his second playoff game.

Thirty-two games isn’t exactly the largest sample size, but any kind of healthy Cousins can try to protect the rim against Marc Gasol and the Raptor bigs, run the floor with Stephen Curry and Klay Thompson and cause matchup problems for Toronto defensively by spotting up for threes, if he’s healthy and confident enough to shoot.

Cousins is listed as questionable for Thursday’s Game 1, so there’s a chance we could actually see him during this series. But like Durant, it’s definitely possible that Cousins already played his final game for Golden State. 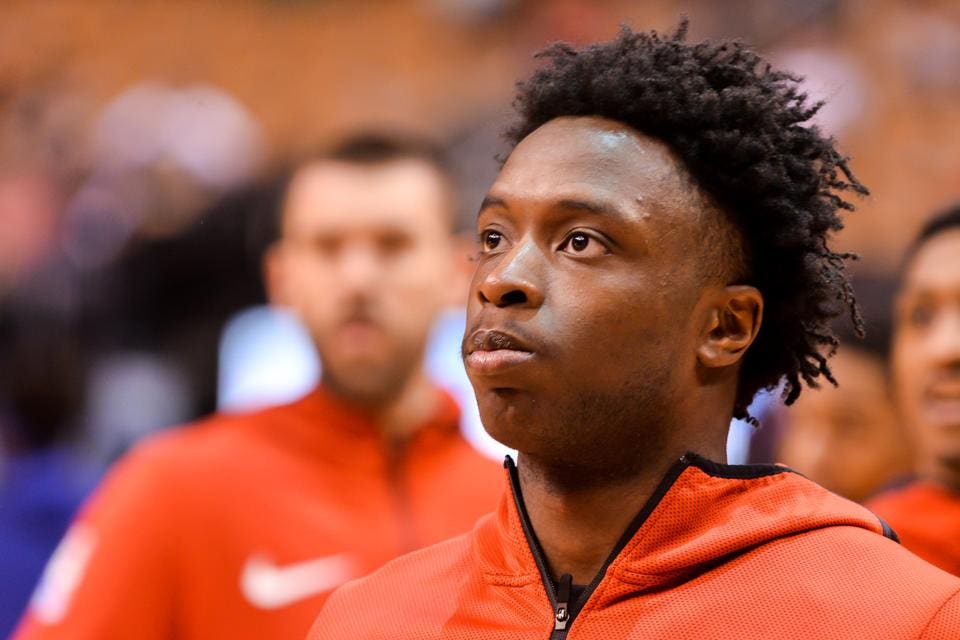 Why should we care about a bench player who averaged just seven points and three rebounds in 67 regular season games before being hit with a bout of appendicitis?

Especially someone who was a net minus when he was in Toronto lineups this year. Toronto was -1.7 points per 100 possessions while Anunoby was on the floor and plus 9.9 points per 100 while on the bench, per NBA.com. But the 21-year-old has proven to be a good perimeter defender over the course of his first two NBA seasons, and the Raptors will likely need all the fresh legs and bodies they can get if they want to keep up with this supercharged Warriors offense, especially with Durant out.

Anunoby reportedly wouldn’t be ready before Game 4 of the series, but with the odds stacked against them in its first Finals appearance, Toronto will need to be thankful for every potential advantage.